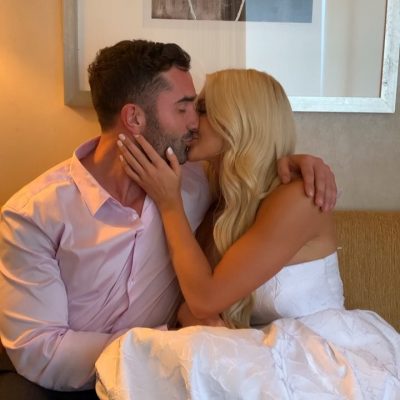 Last week Taite Radley won the heart of unlucky-in-love Bachelorette Ali Oetjen as all of Australia watched on – but now shocking new claims are set to upset their happily ever after.

According to a production insider, Radley had concocted a secret plan to ensure he would be the runner-up – and was already in negotiations to become the next Bachelor.

“Taite is a fantastic manipulator,” the insider tells Who magazine. “He only ever wanted to make it to the final two. He made it very clear from the start that while he knew winning the show is good for your public profile, becoming the heartbroken reject who gets a second chance is even better.”

bacheloretteau
Third time was the charm for our gorgeous Ali. We couldn’t be happier for this amazing couple

Radley is reportedly a serial reality show wannabe, having applied for numerous shows before landing his place on Ali’s season of The Bachelorette.

“Out of everyone on the show, she believed he had the right intentions and that she could trust his word,” said the source, before describing him as one of the “most fame-hungry contestants” they had ever met.

bacheloretteau
A message from the lovebirds themselves

“He often called meetings with crew to make sure they knew he was playing the game and was happy to be steered in whichever direction they needed the show to go in,” added the insider.

The news is sure to come as a shock to Ali who was open about how difficult she finds it to put her trust in people after being betrayed in the past.